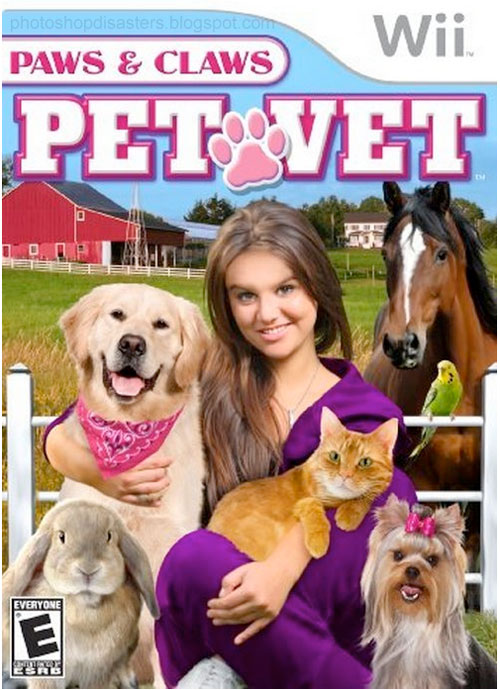 I’m definitely not a Photoshop expert, but even if I tried I could not pull off this disaster – found on the package for the Wii game Pet Vet. I am shocked that this would even make it out of a DeVry Photoshop I class –  let alone on to a real actual product.

I don’t know what’s worse: the freakishly giant rabbit?  The phony orange cat who’s not even in the same state? The fake hair on the Miley Cyrus look-alike?  (or, my favorite line from the Photoshop Disaster site this came from, “the horse with Hitler’s haircut?”)