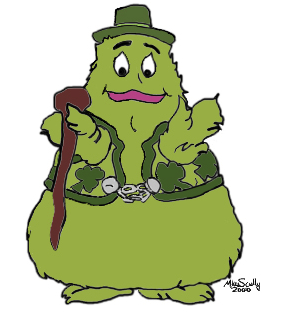 Why is is so difficult for the marketing geniuses at McDonald’s to understand that people don’t want you to fuck with their food?  Am I the only one who gets that the reason people go to McDonald’s is because of the consistency of the product line?  You want to have the same crappy Quarter Pounder that you had when you were 16 – – it’s a comfort thing, not a quality thing.  I’m no corporate marketeer any more, but  I’m willing to bet that 90% of McDonald’s sales are the same core products: hamburgers, cheeseburgers, Quarter Pounders & Big Macs.  (Maybe throw Chicken McNuggets in there somewhere, as it was probably the last food introduction that the American public embraced with any enthusiasm – in 1980 – and I’m sure most of those sold are to kids.)  It’s fairly obvious that we don’t want to go to McDonalds and have salads, burritos, pizza, soup, sloppy joes or filet mignon.

So, it is in this vein that I was incredulous when I saw the recent ads touting the yearly return of the Shamrock Shake, only to see that they added whipped cream and a cherry to it!  WTF?  It’s not a fucking Starbucks latte!  And, for some reason, the boneheads at McDonald’s have seemed to forgotten that people are very, very attached to this crappy product.  Hell, before the internet, they had snail mail fan clubs for the Shamrock Shake complete with t-shirts and newsletters.  I have a feeling that fucking with the Shamrock Shake is not going to go over well with Shamrock Shake enthusiasts.  I haven’t seen much about it yet, as I think they just returned (to Chicago anyway) this week.  But, again, McDonald’s doesn’t seem to get that they should just keep churning out the same old shit and we’ll be happy.

Don’t fuck with the Shamrock Shake!!!!  You have been warned.